Reading can be one of the greatest escapes. You can read about different worlds, different cultures, different characters, all with a few worlds and your own imagination. And when things get overly stressful—work, family, health…LIFE—a good book can help you through it. One of my favorite escapism book genres is urban fantasy romance (UFR).

This post contains affiliate links, meaning that if you choose to click through and make a purchase, Sass Magazine may receive a small commission at no cost to you.

What is Urban Fantasy Romance?

Urban Fantasy is a subgenre of fantasy in which the narrative has an urban setting. Works of urban fantasy primarily take place in a familiar, real world setting, but contain aspects of fantasy, like mythological creatures, and magic. Urban Fantasy Romance also throws in the element of romance and love stories—though usually not in a soft way. The UFR series below all contain kick-ass, strong heroines, amazing world-building, an array of interesting and layered characters, jam-packed action fight scenes, with an aspect of strong, and sometimes ferocious, romance.

“Ilona Andrews” is the pseudonym for an award-winning husband-and-wife writing team who have an amazing knack to combine familiar, gritty urban worlds with well-rounded, in-depth characters, adding in a pinch (or whole handfuls) of magical elements. Kate Daniels is a down-on-her-luck kick-ass mercenary who makes her living cleaning up magical problems in a post-magic apocalyptic Atlanta. The series follows Kate on a multitude of magical adventures. She meets (and fights) a variety of magical creatures oozing with lore from well-known and distant lands. Throughout the series, we slowly learn about Kate’s unusual family history. Her own personal destiny weaves into the many adventures and cases she solves along the way. With such a rich cast of characters, there are several off-shoots to this series as well!

Dannika Dark is the USA Today Best-selling author of many paranormal and urban fantasy romance novels, including the well-known Mageri series. The Crossbreed series follows Raven Black, a vigilante half vampire, half mage, who lives her life as a rogue in order to stay alive. She meets up with a secret organization of breed outcasts (the term for magical folk, such as shifters, vampires, mages, and much more) who hunt outlaws and evil-doers. Dannika Dark is an expert at building a gritty, familiar world full of interesting and full characters.

Author Note: This series started out strong, but some of the more recent books have lost a little of their “shine”. However, it is still a great series to get lost in!

When her sister is murdered, leaving only a single, cryptic clue, ordinary 20-something MacKayla Lane journeys from her home in small-town Georgia to Ireland in search of answers. In Dublin, Mac is thrust into the shadowy realm of the Fae, or fairy. But leave behind any preconceived notions of fairies you had before, this is NOT a land of Tinkerbells. She learns her true mission— to find the elusive Sinsar Dubh before someone else claims the all-powerful Dark Book. This is dark book, with a team of intriguing, sly, intense characters—you won’t know who is on the which side. Moning’s details of Dublin will have you ready to travel to Ireland as soon as possible. You are immediately immersed in a world of Irish folklore that is both wonderful and terrifying.

What can we say, Ilona Andrews is the queen (and king) of urban fantasty romance UFR!

The Hidden Legacy series takes place in the city of Houston, in a world very much like our own. But, the history of this world includes the discovery of the Osiris serum, which unlocked various magical talents in a portion of the population – and changed the course of history. Magic is now the ultimate measure of power, position, and wealth. The series follows Nevada Baylor and her family, who run a small private investigative agency. When presented with a case she simply can’t refuse, Nevada plunges into the world of extremely rich and powerful, magical Houses, or dynasties. She meets up with Mad Rogan, one of the richest, most-powerful telekinetic mages. They try to solve a high-profile missing person case that can save Houston from annihilation. Ilona Andrews is a master of twisty plots, layered characters, quick action, smart and snark dialogue, and an almost-believable world.

Plus, don’t miss the spin-off series about Nevada’s sister, Catalina Baylor, which is equally as snarky, sarcastic, witty and steamy! As of this article publishing, the third and final book of Catalina’s story will be released in 2022!

Author Note: Don’t judge a book by it’s cover. We know, this book cover is beyond cheesy, and is criticized by many fans, but the story does not disappoint!

“You mentioned other Londons. How many are there?” The Shades of Magic series is a young adult fantasy series that follows Kell, one of the last Antari (magicians). He has the rare ability to travel between parallel Londons; Red, Grey, White, and, once upon a time, Black. Officially Kell serves as an ambassador for the Maresh Empire. Unofficially he’s a smuggler, bringing highly magical objects into less magic Londons (yes, plural). After an exchange goes awry, Kell escapes to Grey London and runs into Delilah Bard, a thief with lofty aspirations. After saving him, Delilah forces Kell to spirit her to another world for a proper adventure. This series is full of magic, intrigue, adventure, deception, a bit of piracy—fans of Harry Potter will love this darker, more “adultier” magical series.

Daughter of Smoke and Bone is a young-adult urban fantasy romance trilogy that follows Karou, a seventeen-year-old art student living in Prague. Sporting natural blue hair, speaking a variety of languages, Karou was raised by creatures with a mesh of human and animal features, called chimaera. Karou soon learns about her history and role within an ancient war between Seraphim and Chimaera in a parallel universe. This series is full of beautifully written, detailed prose that explores the world of war, soulmates, friendships, family, and ultimately how love can conquer all. Don’t believe that all angels are good or that all chimaera are monsters.

Have an urban fantasy romance book you think should be on the list? Leave us a note in the comments below! 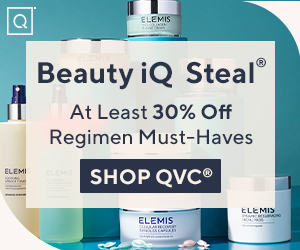 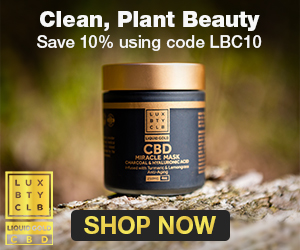